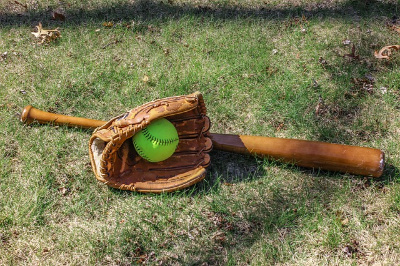 Baseball is as American as apple pie.  I love the arrival of spring training, and the anticipation that maybe this year will be “the year” for my St. Louis Cardinals.  For fans attending spring training or pregame batting practice during the regular season, there is a distinct sound of professional baseball players striking balls with wooden bats.  I love this sound.

Babe Ruth is one of the most widely recognized names ever to play major league baseball.  He swung a hickory bat.   Years ago I worked with a bat manufacturer that wanted to reintroduce hickory to major league baseball.  It has been out of favor ever since Babe quit playing baseball after the 1935 season.   It proved to be too cumbersome to consistently find trees with the right wood density to satisfy major league players.

Starting in the 1930s, the vast majority of players used bats made from ash.  Hall of Fame legends such as Ted Williams, Joe DiMaggio, Mickey Mantle, and Hank Aaron used ash bats from Hillerich & Brasby, makers of Louisville Slugger since 1884.  Players moved to ash because it was a softer, lower density wood but the surface could be hardened by rubbing the bat against an animal bone.  This practice became a clubhouse ritual for generations of players.

The arrival of the emerald ash borer (EAB) in Michigan from Japan in 2002 has nearly wiped out the supply of ash.  The EAB kills ash trees by destroying the water and nutrient conducting tissues under the tree’s bark.  A tree will die within two years of signs of the beetle. The EAB is now recognized as the most harmful pest in North America.  The EAB is spread through the moving of firewood from it’s initial location.

Baseball players had already been experimenting with other species a few years before the EAB arrived in the US.   A shift to maple bats was accelerated by Barry bonds when he began shattering home run records using maple.  In 2012, Miguel Cabrera used maple bats to become baseball’s first Triple Crown winner in 45 years.

By 2015 maple account for half of all bats used in major league baseball.  In 2018, maple had taken 75 percent of the market and Louisville Slugger was on their heels due to a precisely engineered maple bat produced in Baton Rouge, La by a company known asy Marucci.

Maple bats allow the batter greater bat speed when swinging which is essential because so many pitchers are now throwing at or near 100 mph.  The drawback to maple bats has been player and fan safety concerns.  The bats have been prone to shattering upon impact with a pitched ball.

On the positive side, testing and analyzing thousands of shattered Major League bats, U.S. Forest Service researchers at the Forest Products Laboratory (FPL) developed changes in manufacturing that decreased the rate of shattered maple bats by more than 50 percent since 2008. While the popularity of maple bats is greater today than ever before, the number of shattered bats continues to decline.

The research team found that inconsistency of wood quality, primarily the manufacturing detail “slope of grain,” for all species of wood used in Major League bat manufacture was the main cause of broken bats. Also, low-density maple bats were found to not only crack but shatter into multiple pieces more often than ash bats or higher-density maple bats. Called multiple-piece failure, shattered bats can pose a danger on the field and in the stands.  Slope of grain refers to the straightness of the wood grain along the length of a bat. Straighter grain lengthwise means less likelihood for breakage.