What is the Significance of
Acacia Wood in the Bible? 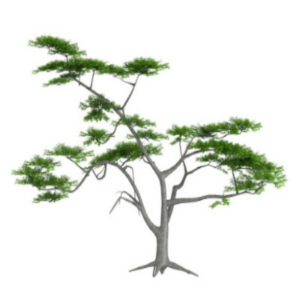 “Moses said to the whole Israelite community, “This is what the Lord has commanded: From what you have, take an offering for the Lord. Everyone who is willing is to bring to the Lord an offering of gold, silver and bronze;  blue, purple and scarlet yarn and fine linen; goat hair; ram skins dyed red and another type of durable leather; acacia wood olive oil for the light; spices for the anointing oil and for the fragrant incense; and onyx stones and other gems to be mounted on the ephod and breastpiece”
(Exodus 35:4-9 NIV).

I was recently blessed to listen to an excellent sermon about the construction and importance of the Tabernacle as described in the book of Exodus as part of a sermon series on Genesis and Exodus.  The tabernacle was seen as a tented palace for God. He was enthroned on the Ark of the Covenant in the innermost Holy of Holies (the Most Holy Place).

The pastor mentioned two words that caught my attention as a wood scientist, “acacia wood.”  I knew that acacia wood was used in the Tabercale but had never thought much about it.  Acacia is repeatedly mentioned in Exodus, perhaps referring to Acacia raddiana.  Although most species of this genus grow in Australia and Hawaii, this species is a medium to large canopied tree native primarily to the savanna and Sahel of Africa but also occurring in the Middle East.

Of greatest importance is its use in the construction of the Ark of the Covenant, which was a gold-covered wooden chest with a lid cover described in Exodus as containing the two stone tablets of the Ten Commandments. According to various texts within the Hebrew Bible, it also contained Aaron’s rod and a pot of manna.  “The ark of the covenant was covered on all sides with gold, in which was a golden jar holding the manna, and Aaron’s rod which budded, and the tablets of the covenant” (Hebrews 9:4).

So, why was acacia used in the construction of the Tabernacle and the Ark.  From a practical standpoint, acacia trees would have been one of the few types of trees growing in the wilderness regions traveled by Israel. In addition, acacia wood is dense and extremely strong, making it a great option for any type of wooden construction.

The wood is naturally resistant to decay.  So, the use of acacia wood resulted in materials that endured for a long time. The tabernacle was used for the next four hundred years, eventually finding a resting place within the temple in Jerusalem constructed during the reign of Solomon. The ark remained a crucial part of Jewish worship until the destruction of the temple by the Babylonians centuries later.  In the case of the Ark and the Tabercale, we know what wood was used for construction.  However, the Bible does not tell us what species was used to construct the cross upon which Jesus was crucified.